Home Internet Laravel Vs Yii: Which One Is Better For Your Business?
5 minute read

Laravel Vs Yii: Which One Is Better For Your Business?

In today’s time where businesses want to build impactful web applications to expand their business and reach consumers all around the globe. And to get such a successful application, business owners choose PHP frameworks as they are in high demand and very effective. PHP is an old web programming language that comes with several frameworks that support modern application development. With the help of web developers who have knowledge of multiple PHP frameworks, businesses can create the right web app for their projects. The two most popularly used PHP frameworks for web app development are Laravel and Yii. Both these frameworks offer swift and high-quality web app development. Here, in this blog, we will learn more about these frameworks and have a look at the comparison of Laravel vs Yii.

Laravel is one of the most used free and open-source PHP web app development frameworks that provide a set of tools and resources that can help in creating modern PHP apps. Laravel offers a complete ecosystem that comes with built-in features and a variety of extensions & packages. This has made Laravel more popular and because of which more developers have started using this framework to streamline their app development services. Besides this, Laravel also comes with powerful database tools like ORM. With Laravel comes the command-line tool Artisan that helps the web app developers bootstrap new controllers, models, and other components.

Yii is one of the most popular open-source and light-weighted PHP-based frameworks that web developers use to build an application. This framework helps the developers to accelerate a web development app process. The name Yii is pronounced as Yee or Jii. It is a Chinese name which is an acronym for Yes. This framework is perfectly suitable for every sized project and offers highly optimized performance. It utilizes a model-view-controller approach and includes a code generator called Gii.

Both Laravel and Yii are two frameworks that can be easily set up with a composer. Composer is nothing but a PHP package manager. When we talk about the project setup of Yii vs Laravel, PHP developers find both of them easy to install. However, when we compare them, Yii ranks higher than Laravel as PHP developers can easily download and run the app. This means that the installation in Yii is uncomplicated and smooth. The isolated front-end and back-end of this framework allow the development team to flawlessly create user-facing websites and admin areas. While on the other side, Laravel is a bit more tedious to install and it requires Laravel Installer or Composer. Besides, Laravel is a framework that brings a simple helper that helps the developers to streamline the installation process by using a simple standalone command-line tool.

When the extensions are good they are useful in creating better applications. A perfect extension can help in leveling up the shortcomings of the application and can also offer a wholesome web app development experience. Between these two frameworks, Laravel serves with various extension points that help the web app developers to customize the behavior of the core components or replace them entirely. While on the other hand, the Yii community offers various useful functionalities. These extensions come with the development effort for both beginner and experienced developers.

Now let us compare form validation. Yii is a framework that is more time-consuming than the Laravel web development framework. Laravel is a technology that comes with a separate validator class that enables PHP app developers to perform form validation. Besides this, the PHP web app developer can extend the Eloquent class with the use of customized methods for convenience and unification. But, the developers will have to customize code to specify the attributes with the fillable property. On the other hand, when it comes to Yii, it offers a distinct platform of form validation. This platform comes with the class of a model. The web app developers can specify the validation rules when the data is directly received and is verified. If any other developer has used another form of data alteration, then they can design a specific class for it, or else they can apply custom validation scripts.

Yii2 comes with a handy tool called Gii. Gii offers rapid prototyping by creating commonly used code snippets and CRUD controllers. Besides this, Yii also offers a Web-based interface to interactively generate the application code. With Yii, the developers can use a command-line interface. While on the other hand, Laravel has no default support. There are various projects that have an admin panel for CRUD functionality in the Laravel framework.

The community of both Yii and Laravel are highly professional and well-grown in PHP development frameworks. But the total number of Laravel users is way more than Yii users. The reason behind this is that the majority of the PHP developers select the framework that addresses issues promptly and locates solutions at a faster rate. On the other hand, Yii is an easier to learn framework which is more accessible.

As seen in this blog, Yii and Laravel are both excellent when it comes to creating a web application. These frameworks come with unique features. Between these two frameworks, Laravel is used more as it comes with numerous features to choose from. While Yii is a great choice when it comes to creating a small to medium-size web application. You as a business owner or a developer can choose any of these frameworks as per the project needs.

What are the Benefits of Hiring a CFO

Looking for the Best Laptops? 11 Remarkable Choices for 2021

How to Write Better Blog Posts with Ease

Why Is a Lead Management System Important?

What is Sales Management? 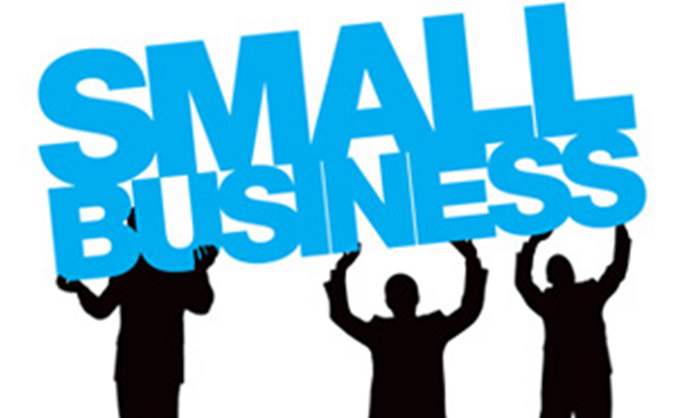 Everything You Need to Know About Small Business Internet Services