Why Your Mobile App Crashes Often? – Tips to Fix Them?

For any user, the most hateful and detested moment is when an app crashes or fails to load quickly. Yes, thanks to the higher user experience benchmark created by the leading mobile apps and the fast-paced network, we can no longer put up with the slow loading speed and slack user experience. Moreover, the average attention span of mobile users is fast receding, and just a few seconds of delay can have disastrous effects on user engagement and traffic volume.

Naturally, app crashes are something that can put any app at the serious risk of losing users and customers. You cannot prevent all instances of crashes as sometimes a lack of device storage and lower network speed and too many apps running simultaneously can lead to app crashes. But in most cases, poor app development and lack of care for optimum app performance are key responsible factors. Developers can easily take care of these aspects.

Here we are going to explain some of the most common factors that are responsible for crashing apps and the factors that developers can easily control with their performance optimization measures.

The most crucial problematic area responsible for crashing most apps is the non-efficient management of the memory space. Since too many apps share the device resources, if an app consumes too many resources to create too many threads, this can easily lead to the crashing of the app.

While building the apps, many developers write code without considering the fact their app needs to share the device resources with several other apps. Hence, they forget to maintain a low footprint app-building convention. To make the app more useful and highly optimized for performance, you need to build it like a good citizen sharing the device resources with others by maintaining a low footprint build.

Some platforms, in this respect, enjoy a competitive edge. For example, when it comes to iOS app development, both Objective-C and Swift are great languages with great capabilities to take care of several memory issues. On the other hand, in Android development, you can have deeper control over memory usage, but this also leads to a lot of complexities.

Companies that create apps embrace now a standard measure of using an SDK that continues to provide detailed reports on technical issues. In Android, big sized images, big maps, and certain links often emerge as the performance pulling elements. In iOS, crashes mostly occur because they do not strictly follow the iOS App Store guidelines in the development process.

Sometimes, despite adhering to the platform-specific development guidelines and following the tested and tried practices, apps are crashed because of certain errors on the part of end-users and third-party applications. Just an incorrect value in a form field or Wi-Fi connection problem while transferring a file can lead to app crashes.

A great app can accommodate these users’ committed errors and do not make the app performance suffer despite them, while average apps succumb to such errors.

This is where the role of error and exception handling comes as an essential aspect. Developers need to plan for errors committed by users and certain exceptions that may occur in the user journey. When your app has plans for errors, it doesn’t need to terminate a process with a wrong input. The developers need to create error notifications and instructions for the users to make corrections so that the process doesn’t need to be terminated.

Many apps rely tremendously on network quality and bandwidth. This category of apps includes social media apps, news apps, game apps, live-streaming apps, security camera apps, and several others. Faster internet connectivity with wider bandwidth is crucial for getting access to the app’s contents and services. On the other hand, poor connections can easily lead to app crashes.

Remember, as developers, you may build an app in an environment with consistent high-speed connectivity, but your target users may not have similar luxury all the time. Without keeping this in mind, you are likely to build apps that can easily crash when used in low-quality networks or for processing tasks demanding faster and better network connectivity. This is why it is extremely important to test your app in different network conditions.

Give More Emphasis on Testing

Yes, finally, the testing is the phase that helps in actively clearing out bugs and coding errors responsible for poor performance and app crashes. The testing is also necessary to evaluate the app performance in different network conditions. More tests an app goes through, developers will get more scopes for fine-tuning the app performance. Ensure that the app goes through network and device testing, server, and API testing and user testing.

When an app crashes, irrespective of the reasons and contributing factors, developers are held accountable for not considering different aspects of performance optimization. To prevent such unexpected crashes, developers can embrace the measures mentioned above.

How Kraft Boxes can be Brought to the Purpose of Packaging Material? 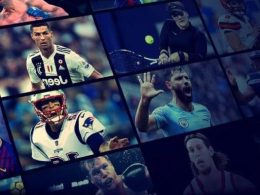