Home How to How long does it take to charge a Tesla?
3 minute read

How long does it take to charge a Tesla?

Elon Musk is having his fair share of troubles with the law. But his Tesla cars are achieving new milestones each passing year. According to a recently issued statement, Tesla cars with the Autopilot feature will achieve ‘Level 5’ autonomy soon. It goes to show how much Elon Musk and his company are investing in R&D. For those of you who do now know, Level 5 autonomy means that a car be driven without the need for human intervention. Isn’t it cool?

That’s not all. Tesla’s shares jumped this Friday. Astonishingly, the company’s shares have increased 500 per cent since last year. Elon Musk is also set to get a £2.7 billion performance bonus. This is a much-needed break for the entrepreneur given his run-in with the SEC. However, this article is not about the Autopilot or Tesla’s stock prices. Instead, we are focusing on the charging time of Tesla models. Therefore, let us get straight to the topic.

When it comes to electric vehicles, Tesla is the company to beat. In 2019, the company was able to sell 100,000 Tesla Model 3s. It has also set up a giga factory in China to mark its entry there. The growth in Tesla’s popularity has also raised certain questions. For instance, what is the range of the Model 3? How long does it take to charge a Tesla Model 3 or any other model? Well, the range depends on a host of factors. Plus, I am not here to discuss the range but to answer the second question.

How Long Does It Take To Fully Charge A Tesla?

Depending on where you decide to charge the Tesla and the type of charger, it can take anywhere between 6 to 12 hours to fully charge a Tesla. The reason for this variation is that the charger type and location impact the charging time. This is also stated on the Tesla website. Despite this, many people complain that their Tesla’s charging time is slow or in some cases too fast. But what people fail to realize is that the charger has a big role to play in this.

Consider the table below. See how the output charge point impacts the charging time of different Tesla models including the highly popular Model 3. Please note that this table is for charging a Tesla at home.

Tesla has installed superchargers in major cities which speeds up the charging time. These superchargers provide up to 120kW of direct current. However, they also cost more. Therefore, I would advise you to charge at home.

How Long Does It Take To Charge A Tesla Model 3?

The Model 3 is a hugely popular car. Therefore, it merits a separate heading of its own. Again, the type of charger and various other things determine the charging time. But the below table will give you a rough idea about the Model 3’s charging time.

How do I export bookmarks from chrome to another computer?

How to Change Spotify Username? 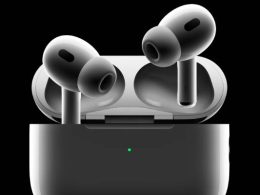 How to Fix If One AirPod Is Louder Than The Other

How do I export bookmarks from chrome to another computer?